“Did I eat too much?” I turned to my friend that I just had dinner with and asked her what she thought.

“UM- I don’t know I think you ate the same as I did I am not really sure why are you asking me this?” She replied.

Good Question. Why was I asking someone else about how much I ate? How would they know if I had ate too much considering it was me who is eating for my body.

Well I’ll tell you why- because I had guilt. I needed justification that is was okay to eat what I just ate and I needed to consult the opinion of someone else to try to feel “okay” with “what I had just done”.

Sadly, this reality rings true for many people- feelings of food guilt and even shame after eating a meal.

The story I share was from years back- but I still have my days that I catch myself feeling a bit guilty. Although I would consider myself to be in “later recovery” I would not say that I have enough notches in my belt to be “fully recovered from all aspects of disordered eating” which include, from time to time, food guilt.

Now adays, my food guilt isn’t too bad- it happens here and there and disappears as quickly as I have the thought. In earlier years, I would be unable to think about anything else if I thought that I had “ate too much”. I would be consumed by thoughts of guilt, shame and fear in connection with having a meal.

Food Guilt is NOT Okay.

Feeling guilty after eating is not okay- and it really is a mental situation if you catch my drift. In my last post Why Diet’s Don’t Work I talk about how dieting starts to mess with your mind. Food guilt falls into that category- it’s not normal eating behaviour to feel upset and bad about what you just ate. If you experience food guilt you might want to explore why.

The important thing is that I once struggled with food guilt ALL the time- and now I get it the odd time but mostly I am able to be like “damn, that was a good *insert whatever I just ate here* “. I am able to finish a meal and feel satisfied, satiated, appreciative. I wish that for you too and if you are experiencing guilt just know that the other side is also possible! 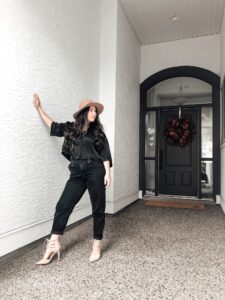